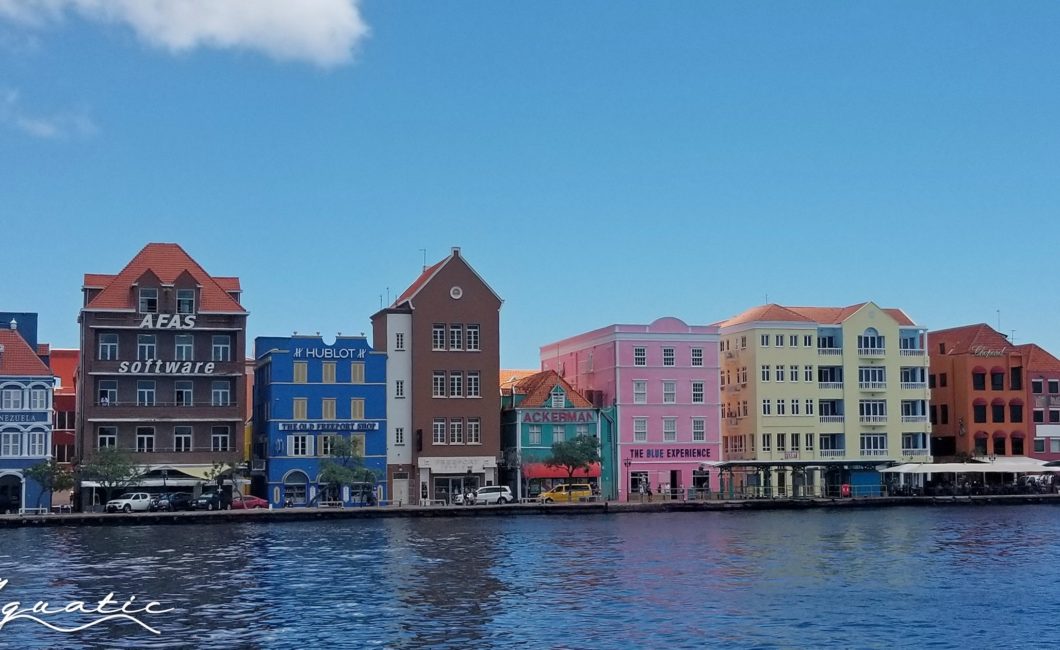 Why did we listen to other cruisers? Some who were in Curaçao before us described it as a utilitarian place to shop and get boat parts. They also said the anchorage was not very pretty and there were few attractions. They were dead wrong!

A short overnight in Klein Curaçao on the way from Bonaire

Curaçao is charming, and the people welcoming. Yes, the provisioning is outstanding and it’s easy and affordable to get boat parts; but to sell this island as just a pit stop for cruisers is an injustice. Our timeline allowed for just over a week’s stay; upon arriving, we immediately regretted our decision to spend such a short time here.

The city of Willemstad, founded in 1634 by the Dutch, is an architectural gem and a foodies’ paradise. The combination of European, African, and South American culture create a lively, colorful tableau and a fascinating mix of languages that seem to be spoken all at the same time. Some signs are in Dutch, others in Papiamentu, others in Spanish, and even a few in English.

The colorful waterfront of Willemstad 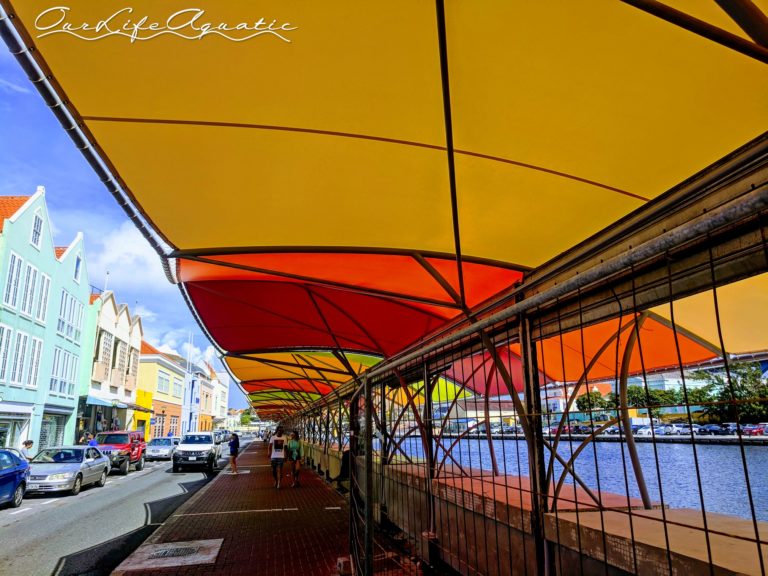 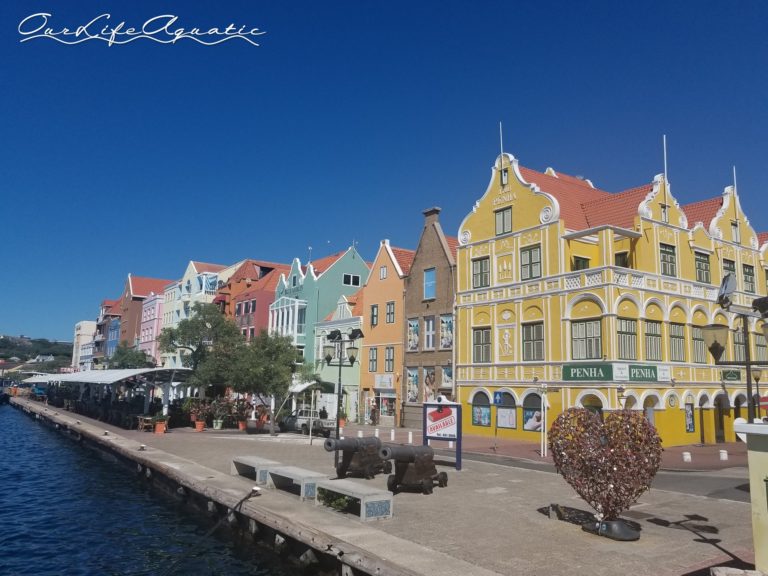 Beautiful architecture at every turn

The fragrance of fresh fruit wafts from the open air markets, sometimes accompanied by the not-so-pleasant aroma of the fishing boats. A large fleet of small vessels from Venezuela tie up in a canal downtown, and sell their fresh catch right on the dock. 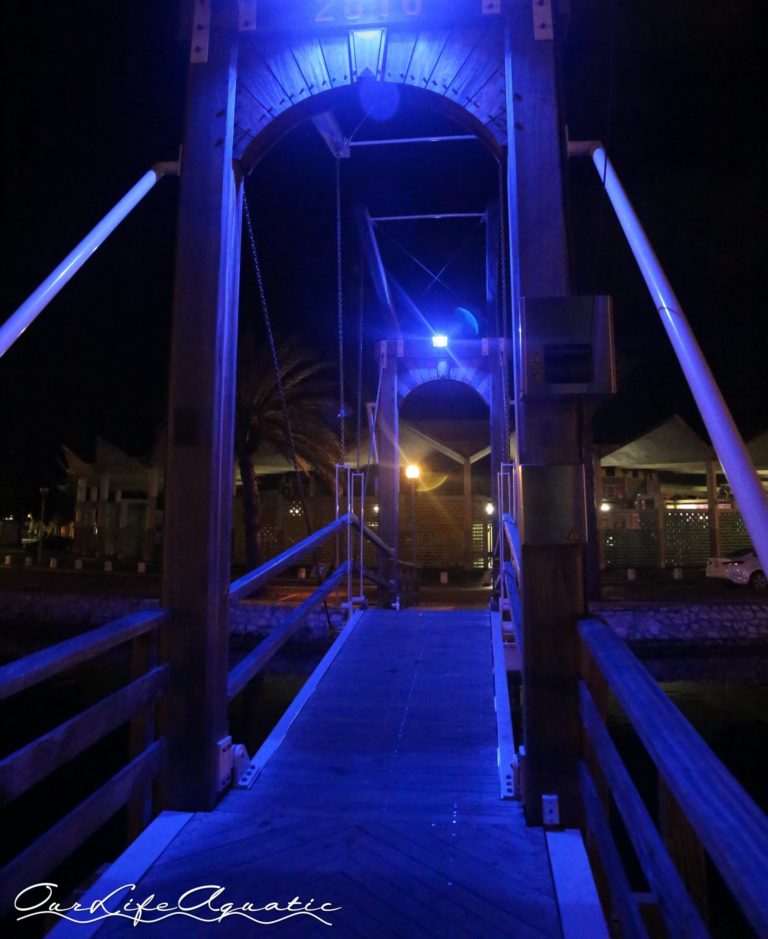 It's even colorful at night 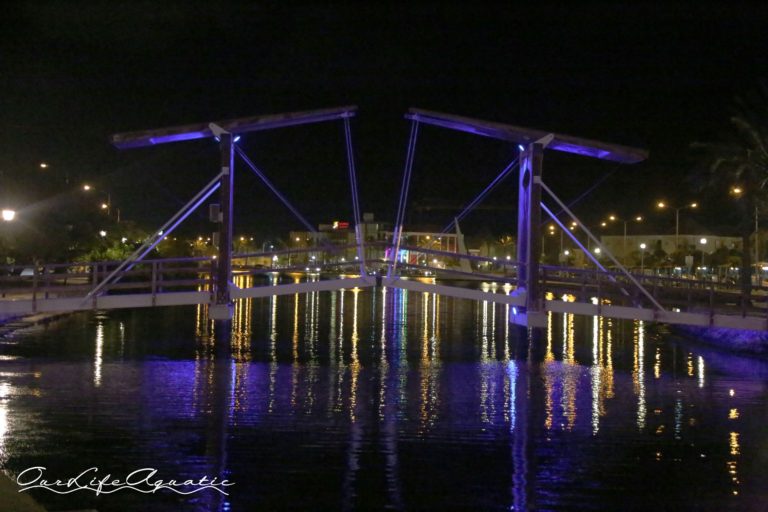 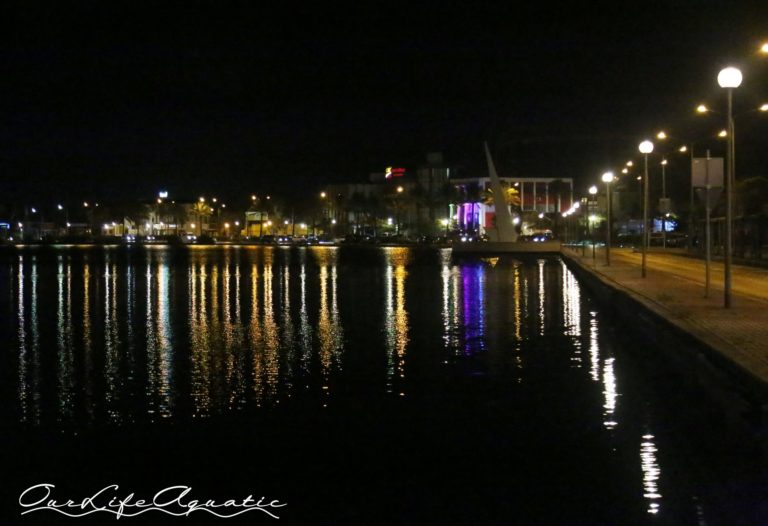 The city is filled with small, brick-lined pedestrian alleys bordered by stores, restaurants, and art galleries. On Thursday nights, these alleys become the setting for a public street party. There’s live music at every turn, bars set up on the corners, people spilling out from restaurants filled to capacity, spontaneous dancing in the streets, and an overall mood of merriment. The best part is that it’s not an orchestrated tourist event; it’s mostly locals enjoying a night out in their city. 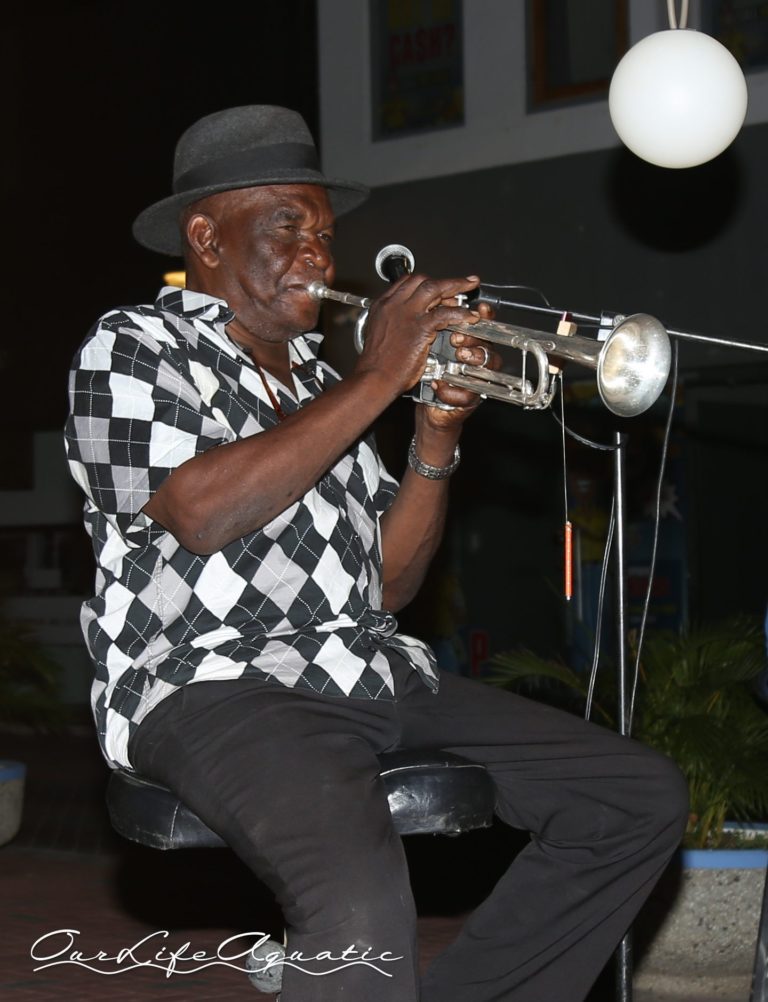 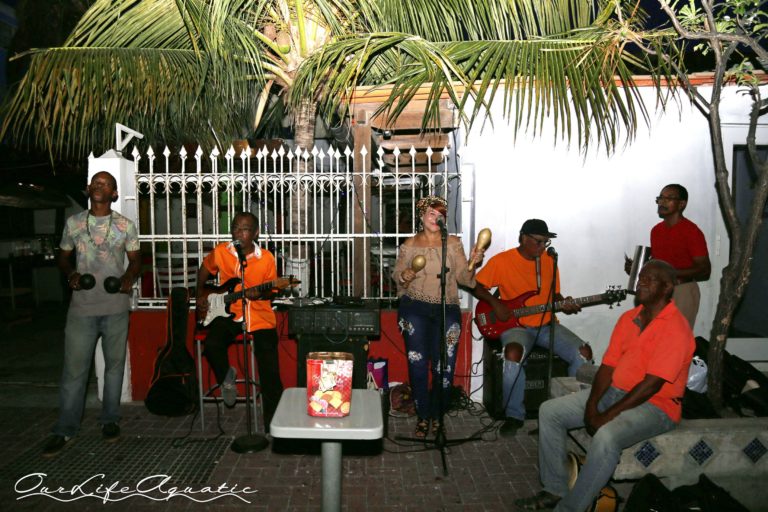 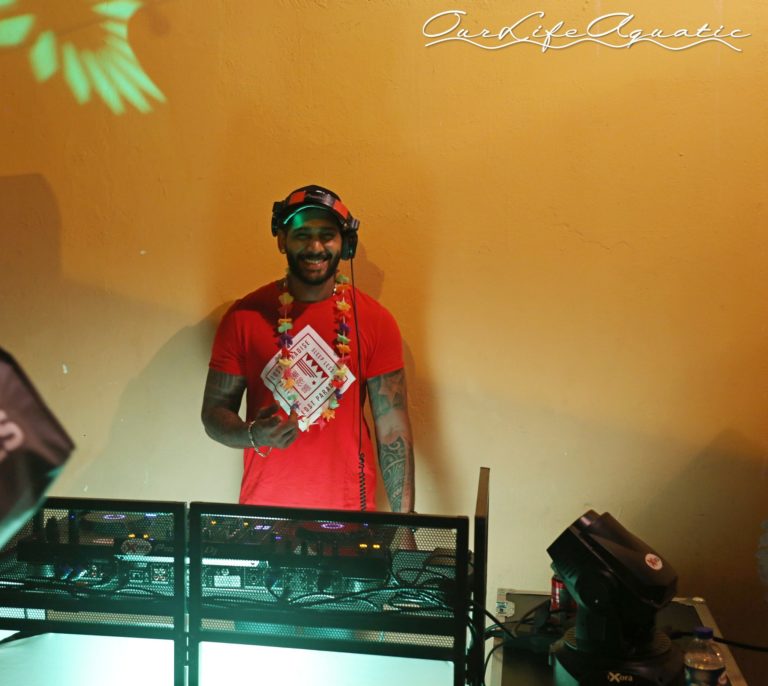 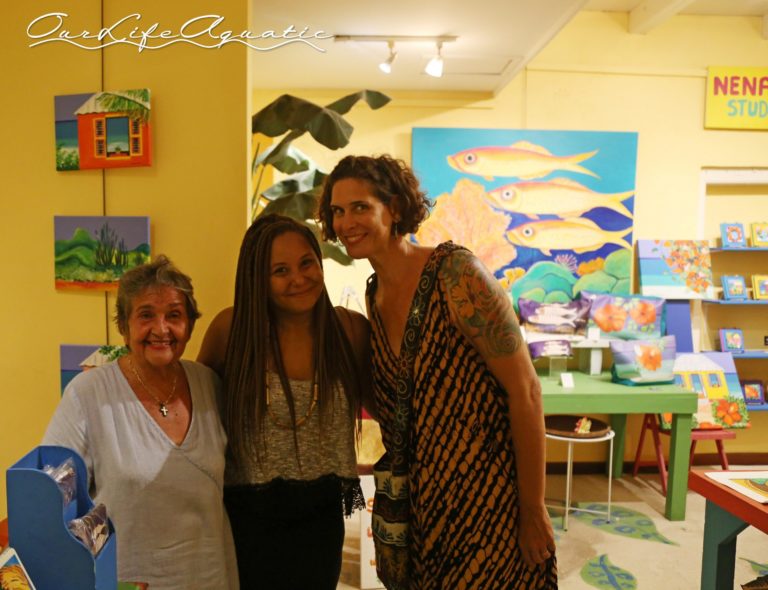 Made new friends at an art gallery

Then there’s the magnificent street art. This is not just the work of a talented person with a spray can. The Willemstad street art is composed of larger-than-life relief frescoes that play with light and shadow to create brilliant displays. 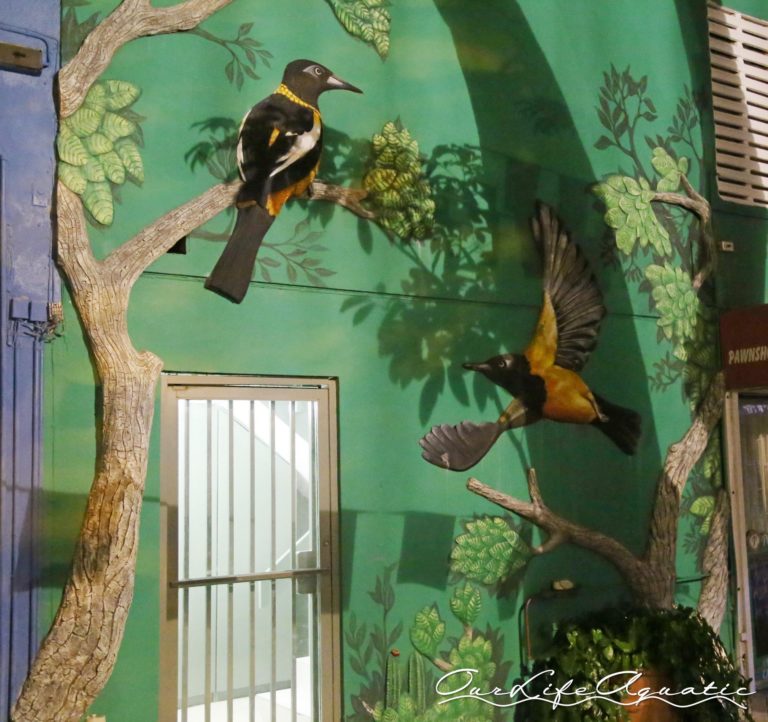 Relief frescoes on so many walls

Counting flowers on the wall 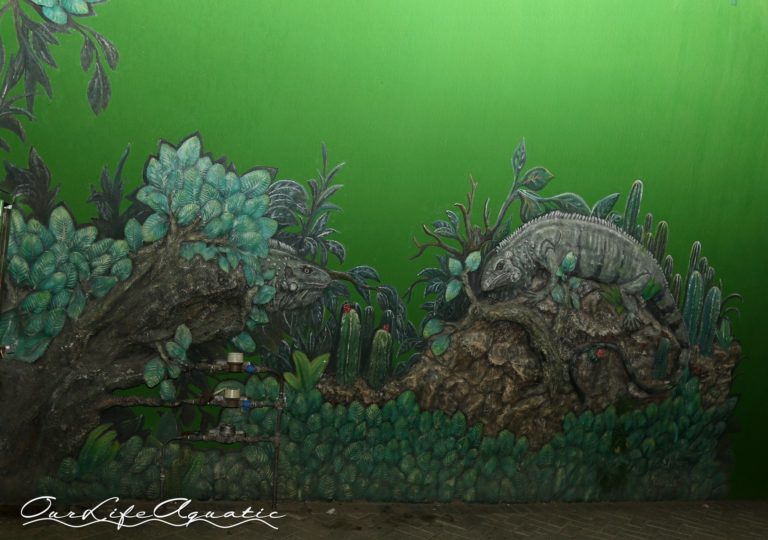 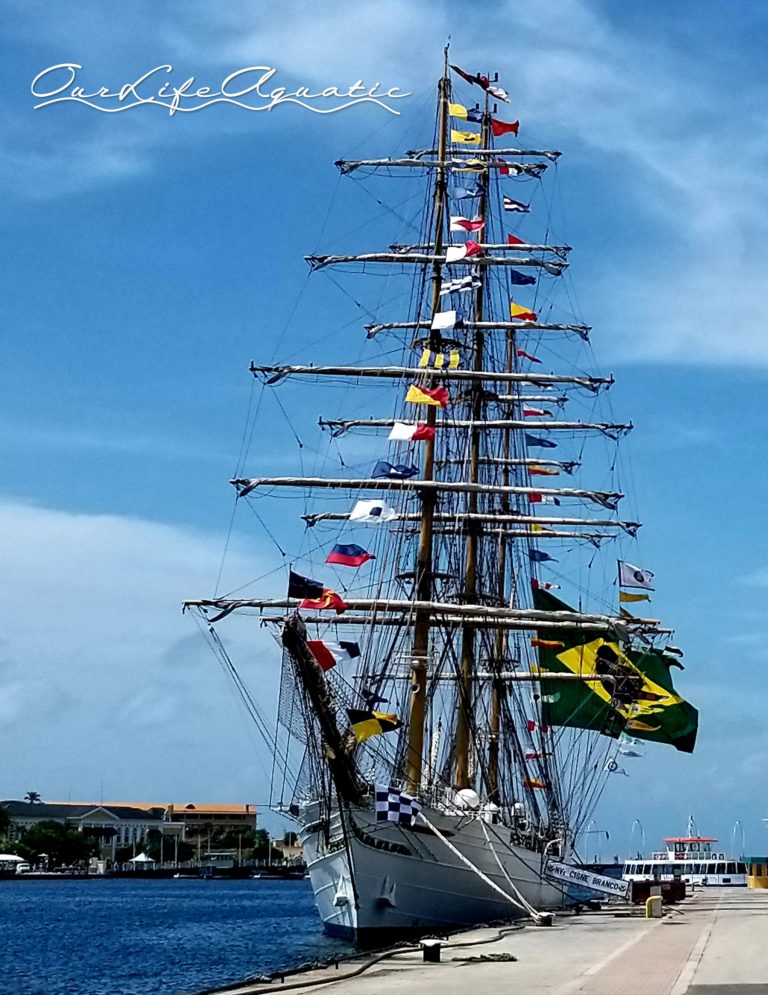 We also explored beyond the city. While looking for Fort Beekenburg, one of the best-preserved Spanish Forts in the Caribbean, we stumbled upon a local baptism in the sea. A local church was welcoming a new member into their flock with beautiful hymns sung in Papiamentu, as well as a full-body dunk in the clear blue waters of the Caribbean. At first we kept our distance as not to intrude, but the smiling faces of the celebrants told us that we were a welcome addition to the festivities. 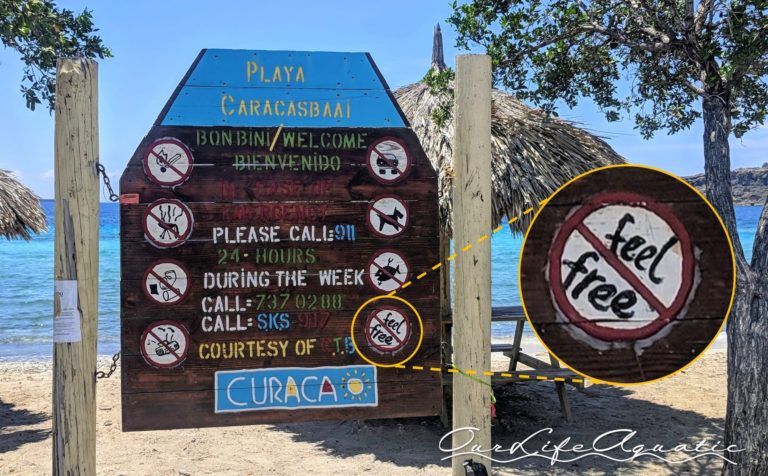 Not sure why it's prohibited to "feel free" at this beach 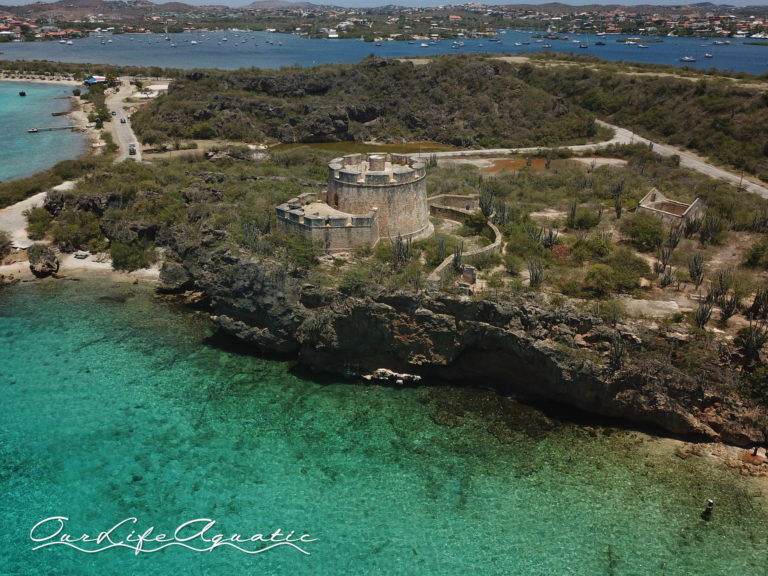 Fort Beekenburg with our anchorage in the background 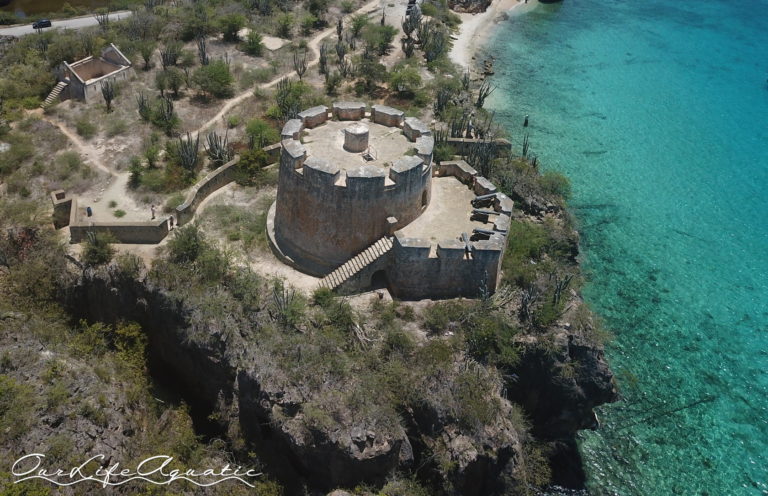 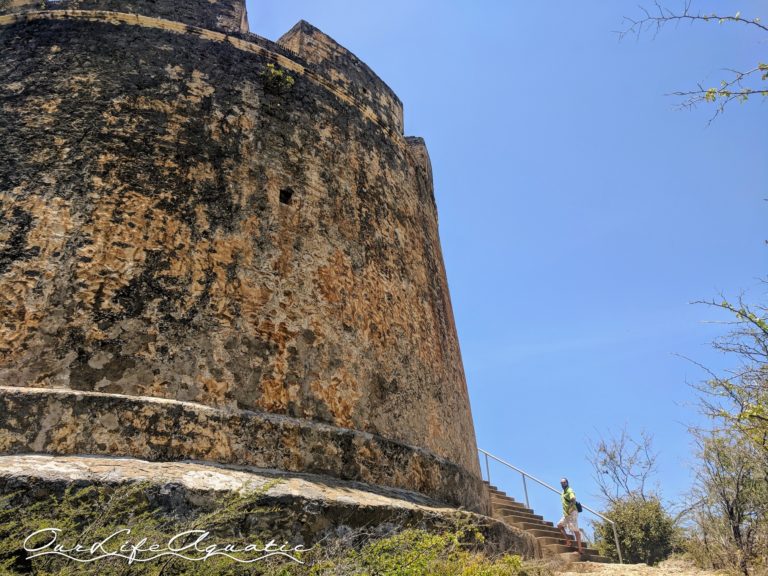 It's bigger than it looks 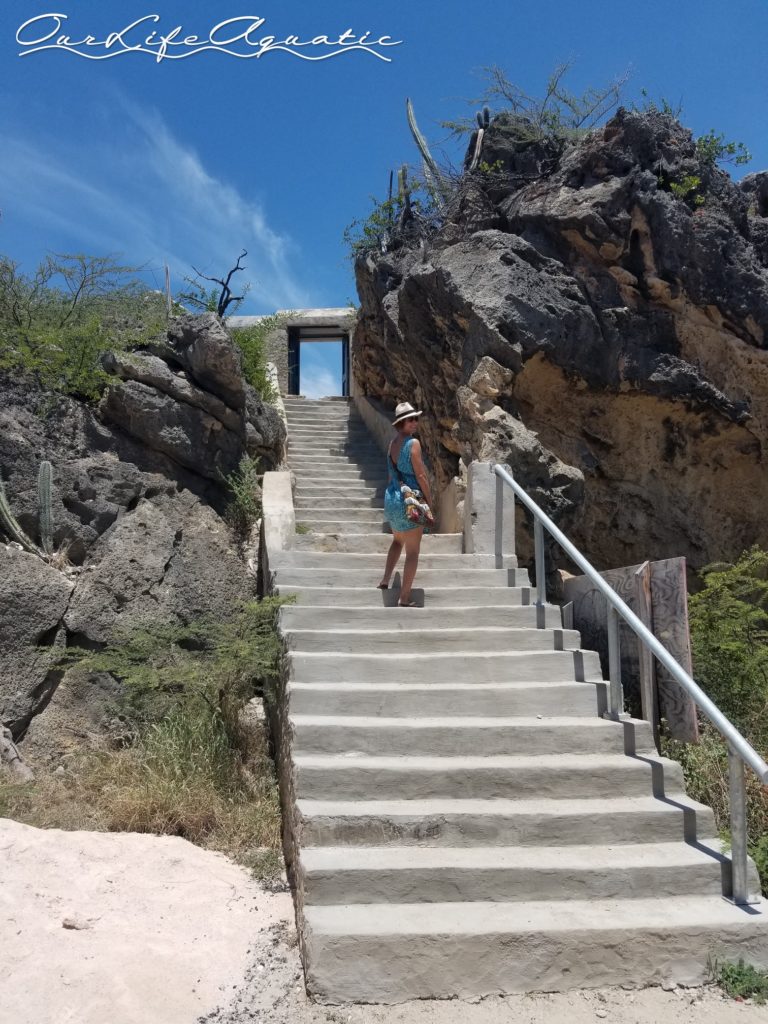 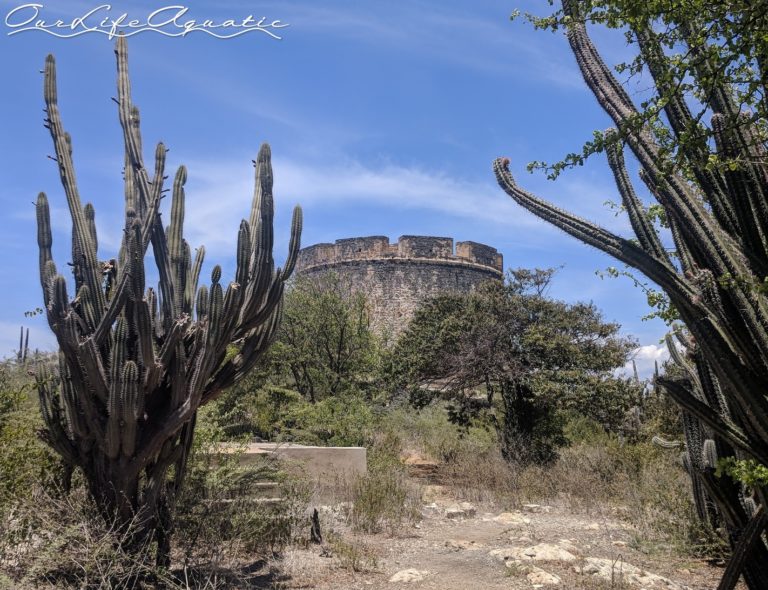 I guess you can sum up the locals with that one simple statement, “smiling faces everywhere.” We left Curaçao also wearing smiles, because we know we are coming back one day.