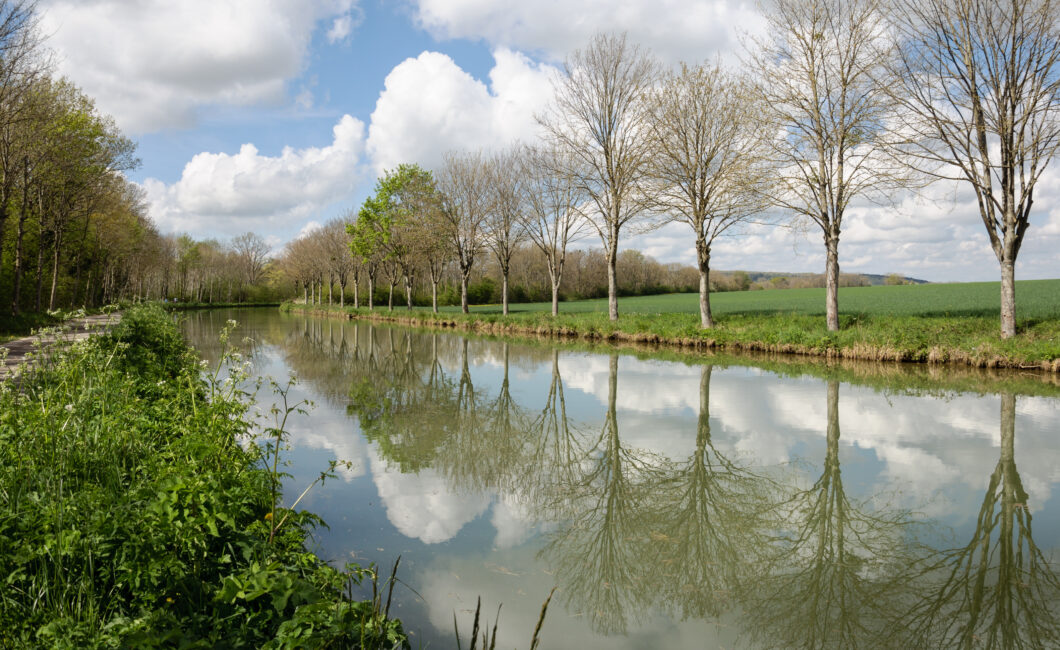 It has been an exciting, crazy year…and it is only mid-April. The madness started at the end of 2021, when we made a life-changing, yet impulsive, decision. After being struck by lightning in 2020 and having close calls with hurricanes from 2015 to 2018 aboard ¡Pura Vida!, we decided that we no longer wanted to spend our summers in the tropics on our sailboat. Last year we took a break and got an apartment in Panama City. This allowed us to do some badly needed repairs and upgrades to ¡Pura Vida! without having to live amongst the mess we created. More importantly, land life in the tropical summer gave us a temporary mental break from our full-time sailing life.

Idle minds will wander…and ours definitely did. What to do with our summer months off the boat from now on? We thought about keeping the apartment long-term. We considered traveling by air to destinations that are hard (or impossible) to reach by boat. We also considered buying a tiny property in Panama that we could call home when away from ¡Pura Vida! We went as far as virtual meetings with real estate agents. But something was missing. Settling down on land did not seem right for us yet. We started to feel anxious about putting down roots. We needed a better solution. Then, out of nowhere, Kimberly said “Let’s move to France!”

The abrupt segue spun me around with a shocked, quizzical look on my face. She explained that she had just read about a sailing couple we had met years before who had recently purchased a canal barge in France, but planned on keeping their sailboat. They would split their time between France and the Caribbean. I literally shouted “That’s what we are doing! That is it!” And just like that, in less than an hour, in a single, sweltering, tropical afternoon, we decided to move to France.

It is perhaps the most impulsive, huge decision we have ever made. We were giddy with excitement again. The cruising life shined anew with the promise of unknown lands, challenges, and exploration. Now we just had to make it happen.

As anyone with an obsession for a new shiny toy knows, we spend the next few days online squinting at tiny pictures of boat listings in Europe. The range of options was bewildering. We saw everything from 120-year-old wooden trawlers, to sleek motor boats full of glass and chrome. We really did not know what we did not know. We feverishly attempted to school ourselves on canals, locks, tunnels, river marinas, French maritime requirements, and anything else that seemed relevant.

We scrolled through listing after listing. Then we fell in love. From the moment we saw the ads for the canal barge Ziggy B, no other boat compared. She is not much to look at from the outside, but clean, beautiful, and spacious inside. Well, as spacious as a 9-foot wide boat can be. The European canals and tunnels can be quite narrow, so size matters. (Doesn’t it always?)

This is when things took a coincidental turn that baffled and delighted us. Ziggy B was for sale by the mother of the woman who sold our friends their barge. They connected us on social media and we just clicked. We took a video tour of Ziggy B and exchanged dozens of messages asking questions and getting details. Without having ever seen her in person, we made an offer and it was accepted. Our offer was accepted on two conditions. First, the previous owner could stay living aboard at a marina until June. Second, we would not change the boat name. Ziggy B is a very sentimental name for her and she wants the legacy to carry on. More on the name later, but we planned on keeping the name even before we heard the heartwarming story behind it. Fortunately, both conditions were easy to abide. Having the previous owner stay on the boat until we were ready to move aboard saved us from hiring a professional to winterize the boat in our absence.

And just like that, we became the owners of a second boat that we have never seen, bought from a person we have never met, in a country we have never visited. That’s normal, right? Aside from the apprehension of having thrown caution to the wind, we were ecstatic. Despite the ominous reality that we will now be fixing two boats in two continents, this felt so right for us.

After coming down off our high, the practical issues started creeping up. We are not just going on vacation, we are moving part-time to another continent. We needed to get long-stay French visas. We needed to secure boat insurance, cruising permits, airline tickets, train tickets, local transportation. We literally had to go through every piece of clothing, dishware, bicycles, and tools; and decide where they belong: Ziggy B, ¡Pura Vida!, leave behind at apartment, sell, or donate.

There is also the issue of where to moor ¡Pura Vida! during our absence. In seven years of sailing, we have never left her for this long, and were anxious about what to do. Keeping a boat safe, secure, and clean in the tropical rainy season is no easy task when you are half a world away. After much consideration, we chose to leave her in the water at Shelter Bay Marina. We will hire a caretaker to check on her every couple of weeks and run the critical systems. She will be well cared for. So, why does it feel like we are cheating on her? After all, she’s just a boat and has no feelings. Sure. Any full-time cruiser will tell you that our floating homes have personalities. They care for us, they keep us safe. We talk to them like sentient beings. Maybe she understands. Maybe she wants some time away from us too. We did put her through hell last summer. We are leaving her with the promise of fresh exploration when we return. Perhaps an ocean she has never seen. New waters to plow and new anchorages and countries to discover.

But back to our pressing issues. We needed visas. US citizens are automatically granted a 90-day stay in France, but after that, they must remain out of France and any other Schengen Area country for another ninety days. Since our plan is to stay six months in France, we needed a formal long-stay visa. Fortunately, the French online visa system is excellent, detailed, and accepts documents in English. Even better, we could finish the process in Panama through the French embassy. After completing the online applications, we had to meet in person with a French representative for an interview, and to submit our passports and extensive supporting documents. Our dealings with the French embassy could not have been easier or friendlier. Our visas were granted in less than a week. What a relief that was.

Coincidentally, we had long planned a silver anniversary holiday in France and Spain in April. A quick, Easter weekend side trip to visit our new barge, and meet our new friends, was an easy diversion from the planned itinerary. We are now in France and have finally met Ziggy B.

For our 25th anniversary we eschewed the silver, and went with sixty feet of cold, hard steel. She is as lovely as the pictures we had seen and already feels like home.

We still have to return to Panama to close out our apartment and pack our belongings for our “moving” trip in June.

We have absolutely no idea where we will cruise (can’t say sail anymore) with our barge. Our starting point is Saint-Jean-de-Losne, a small maritime city southeast of Dijon. Situated at the junction of the Saône River and the Canal de Bourgogne, it is a crossroads of inland waterways. We could head east to Switzerland or Germany, northwest to Paris, north to Belgium and Luxembourg, south to the French Riviera. Regardless of which direction we choose, we will be in French wine country. There are so many unknowns for us and we still have so much to learn about this new lifestyle. Our Life Aquatic will now be twice as aquatic as we enthusiastically take a leap anticipating something completely different and magical. Vive la France!