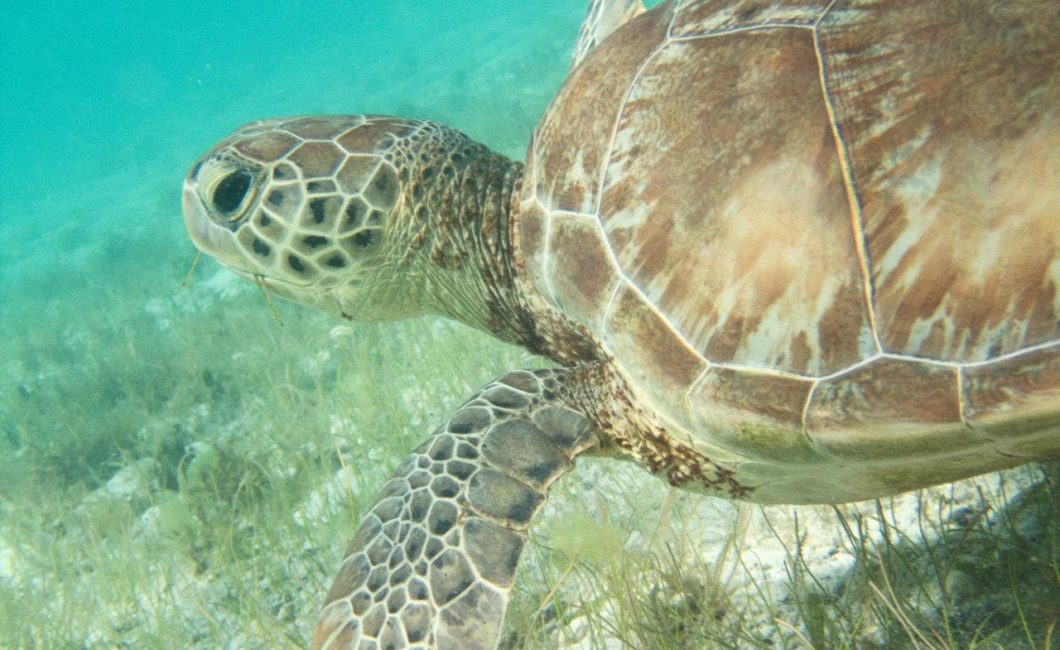 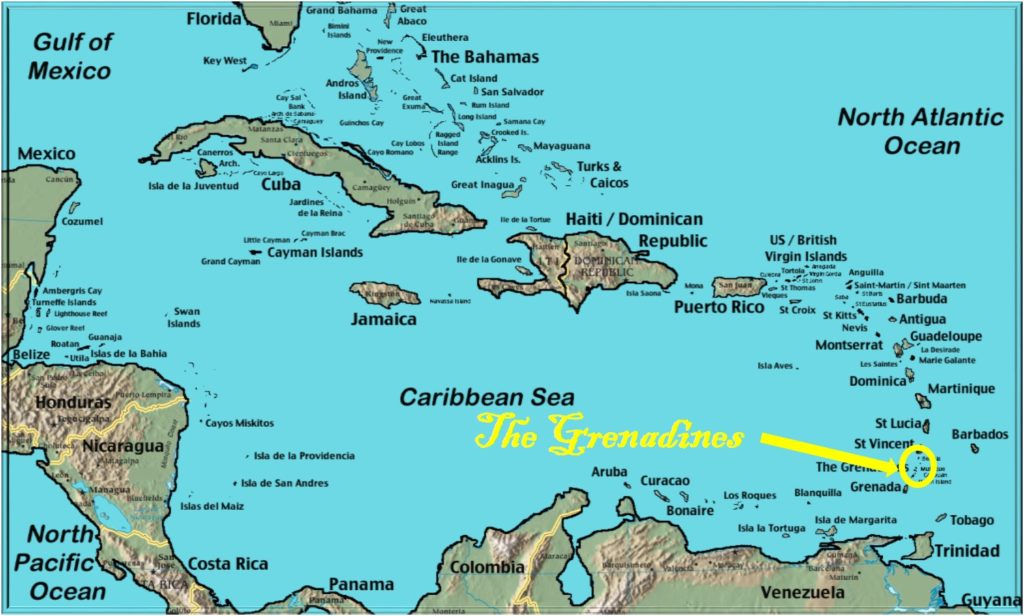 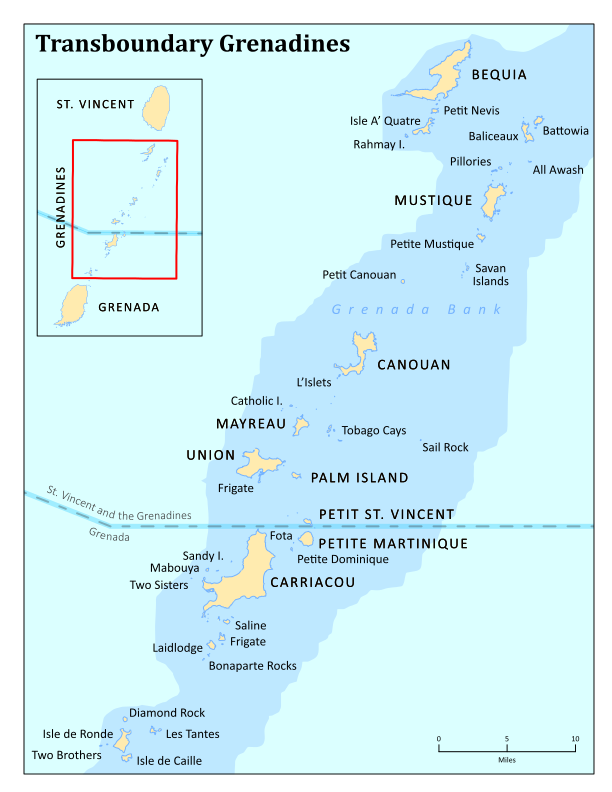 There are so many small islands that are collectively called “The Grenadines” that it can be overwhelming for planning a visit. Most are uninhabited, so proper provisioning is essential. They also span two countries, St. Vincent & The Grenadines (SVG) and Grenada, so officially clearing in and out of each country is required in almost all cases when crossing the border. For those that venture into this archipelago, the reward is isolated beaches, crystal clear waters, vibrant coral reefs, verdant landscapes dotted with picturesque villages, and a sense of being far removed from the hustle and bustle of modern civilization.

On our way north from Grenada to St. Lucia, we focused on visiting the southern Grenadines. Our primary goals were linking up with friends to explore these beautiful islands, and SCUBA diving. We succeeded at both.

Beckoned south from Carriacou (CARry-a-coo) by s/v Ketchy Shuby, we anchored at Isle de Ronde for a reunion. The island towers up from the bay with sheer walls heavy with cascading vegetation. The steepness of these islands and nearby rocks hint at their violent volcanic creation. In fact, the anchorage at Isle de Ronde is perilously close to the maritime safety exclusion zone for the active volcano Kick’em Jenny. Before heading there, we checked the status of the volcano monitoring stations to ensure it was safe. 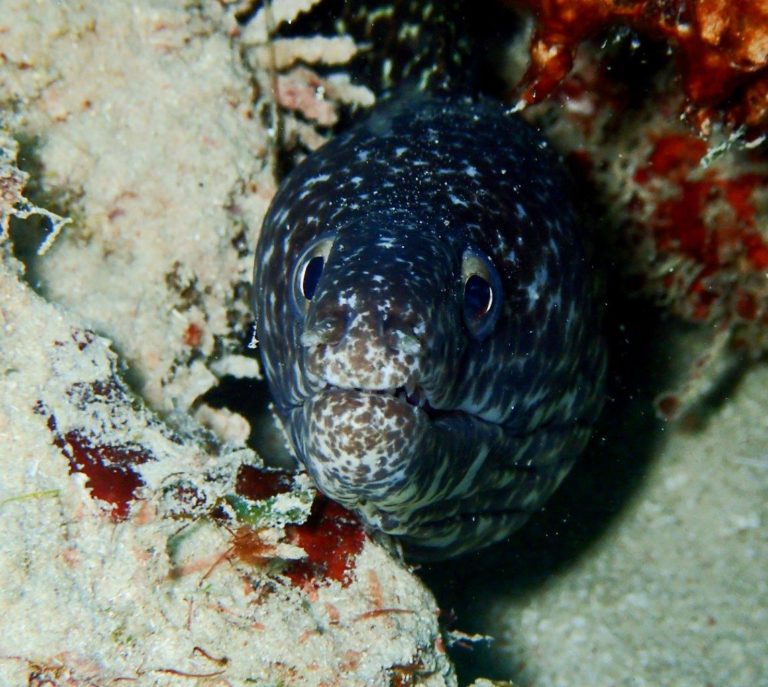 School of Tomtates and soft coral

The steep walls of the island continue below water. This can make it a challenge to find shallow anchorages, but it also creates dramatic underwater landscapes for diving. We explored two exquisite dive sites a short dinghy ride from ¡Pura Vida! The first dive was a meandering reef wall starting at about thirty feet deep and flattening out at eighty. The second dive, aptly called “Big Blue,” is a garden of huge boulders at around forty feet. When we peeked over the furthest one, we were staring straight down into an abyss of over a thousand feet of deep blue water. Because these dive sites are far from all the population centers with dive operators, they are pristine and full of curious animals. The rocks create small caves and valleys that give divers a sensation of flying over mountains. 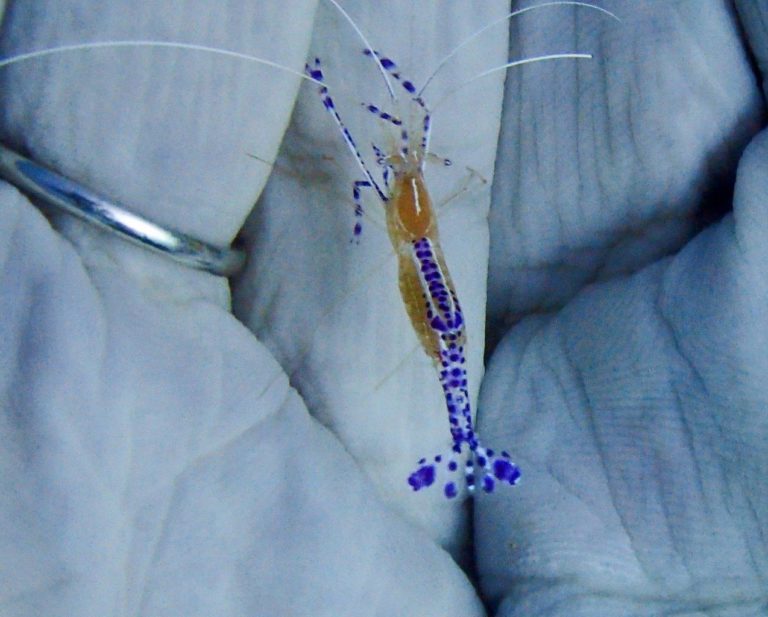 We briefly returned to Carriacou to re-supply and clear out of Grenada. All these islands are so close that sailing from one to the next takes only a few hours. The following morning we set sail for Union Island, the southernmost point in St. Vincent and the Grenadines with a customs and immigration office. Clifton, the main town in Union Island has a vibrant town center full of vegetable and fruit vendors, restaurants, craft markets, and a very active local social scene. After officially clearing in to the country, and the requisite stop for libations, we headed back to ¡Pura Vida! laden with shopping bags full of fresh fruit.

Next to the dock where we had left the dinghy, we met Floyd, the proprietor of the new Swordfish Bar & Grill. Floyd has recently returned to his home island after decades of living in Brooklyn. Although the bar is undergoing a complete renovation, Floyd invited us in for drinks, and we spend the next hour sharing stories. When we told him we were headed to the Tobago Cays next, he told us to keep an eye out for his brother, Joseph, the head park ranger at the Tobago Cays Marine Park.

This beach was swimming distance from our anchorage in Tobago Cays

The next day we entered the narrow channels of turquoise water leading into the Tobago Cays. A horseshoe shaped reef nearly encircles four uninhabited cays with a fifth cay just outside. Inside the reef is a large, sandy bottom lagoon, perfect for anchoring. From there you can swim to white sand beaches, snorkel the reef, or swim with turtles. Because it is a protected area, the turtles are not afraid of humans and will let you swim extremely close. After anchoring, we were approached by the rangers to collect the park fee, and we immediately recognized Joseph, who had been expecting our arrival. We introduced ourselves, and he produced a welcoming gift, a large bottle of homemade rum punch made with the local, extremely potent, 180 proof rum. Talk about island hospitality! 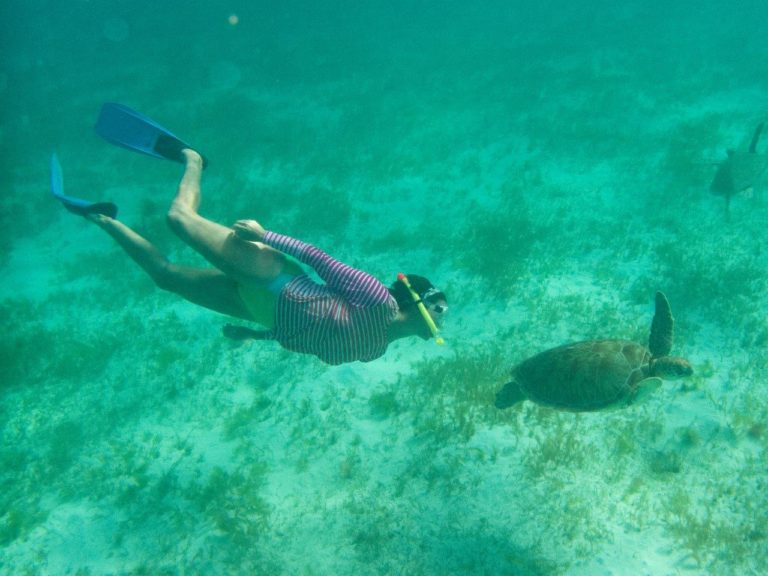 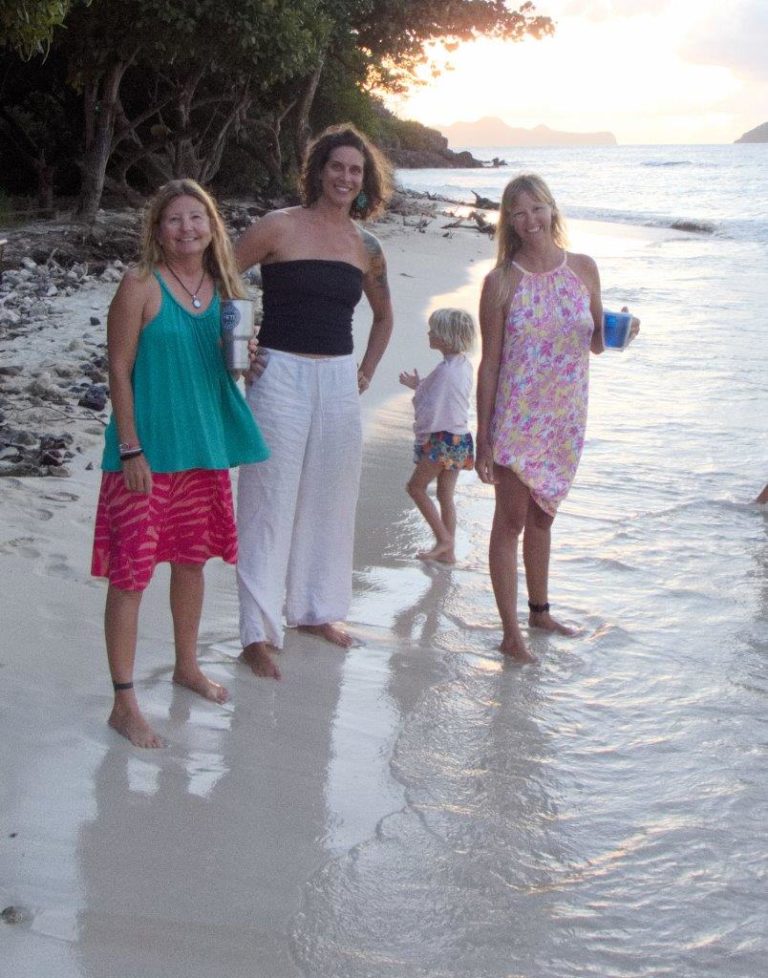 Ashore with friends from sv Ketchy Shuby and sv Kailani 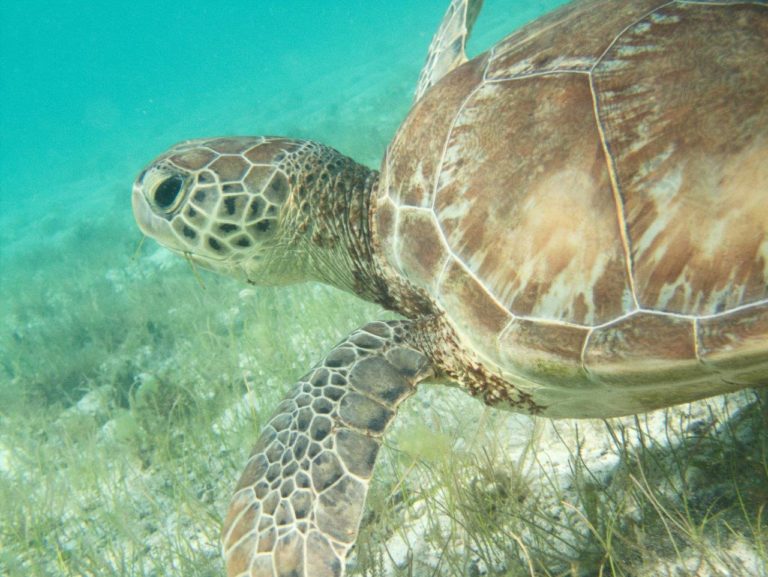 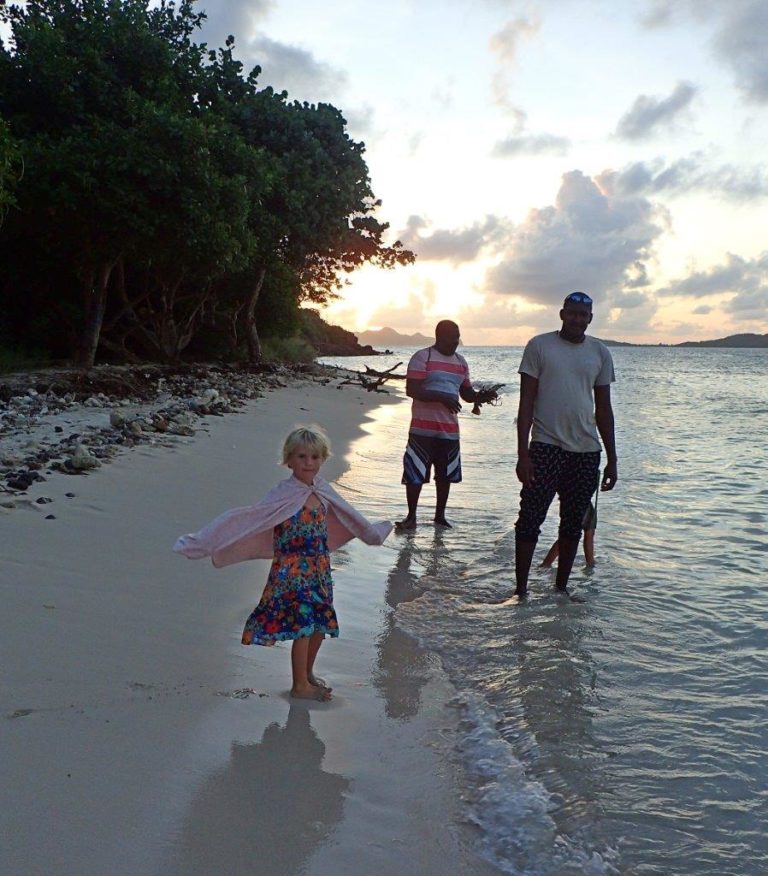 Thea showing off her cape

Next up on our itinerary was Mayreau (MY-roo), the smallest inhabited island of the Grenadines, with an area of about 1.5 square miles and a population of less than 300. Despite its diminutive size and population, it has plenty of restaurants and bars to keep a cruiser happy. 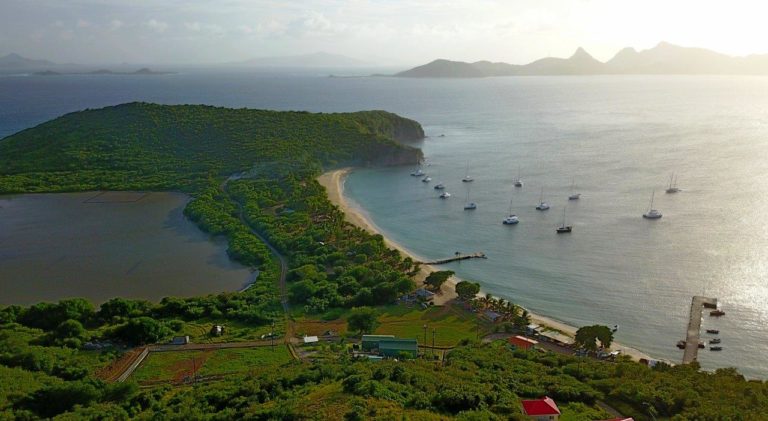 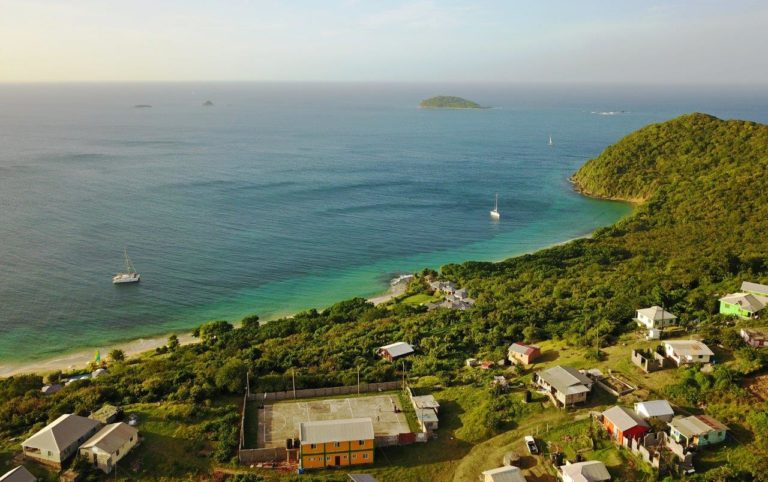 While walking around the unnamed village that is the population center of the island, we stumbled across a group of local kids playing in a park. They insisted, quite adamantly, that we join them. For the next hour, we enjoyed their company during a strange game of toss the ball with ever-changing rules and a sassy eight-year-old “referee” who would arbitrarily eject people from the game for real and imagined violations. It was one of those special moments of the cruising life that cannot be scripted or replicated. We were just lucky to be at the right place at the right time. 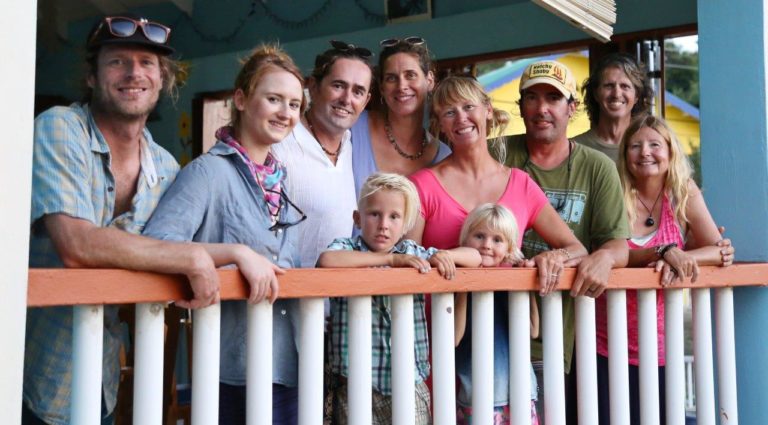 Dinner and drinks with sv Kailani, sv Ketchy Shuby and their visiting friends 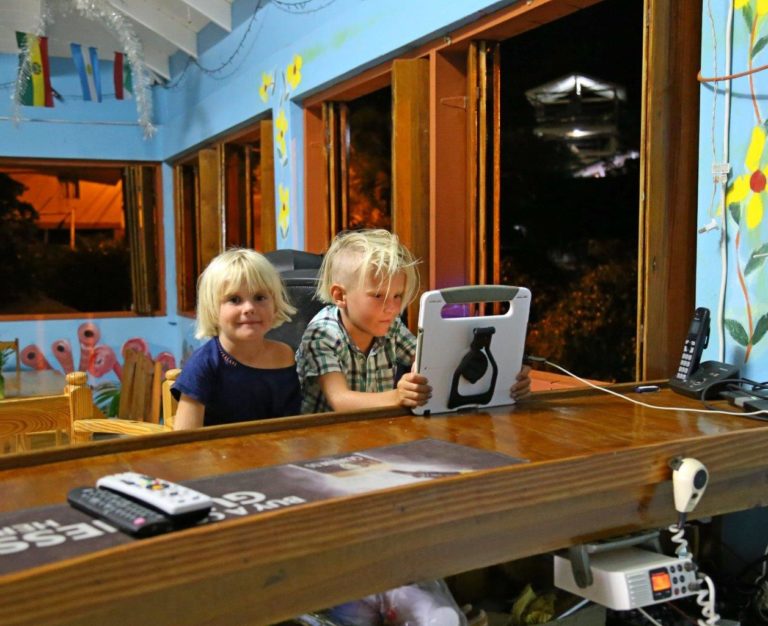 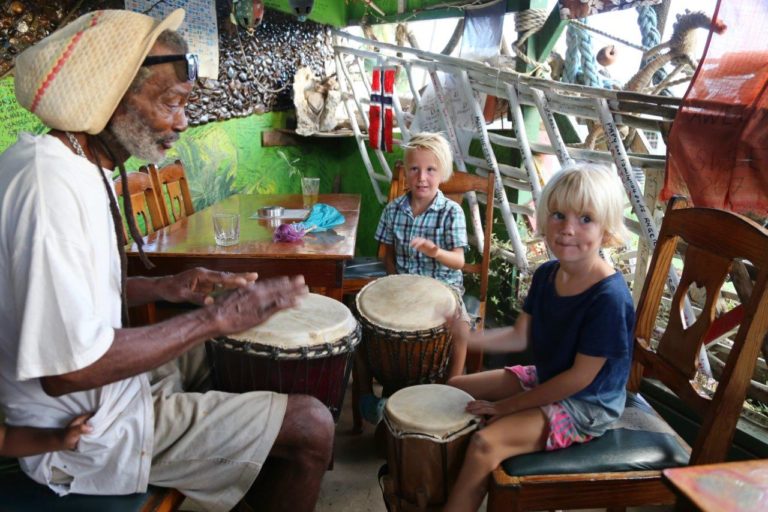 Roger, a colorful local character, teaching the kids how to bang the drums 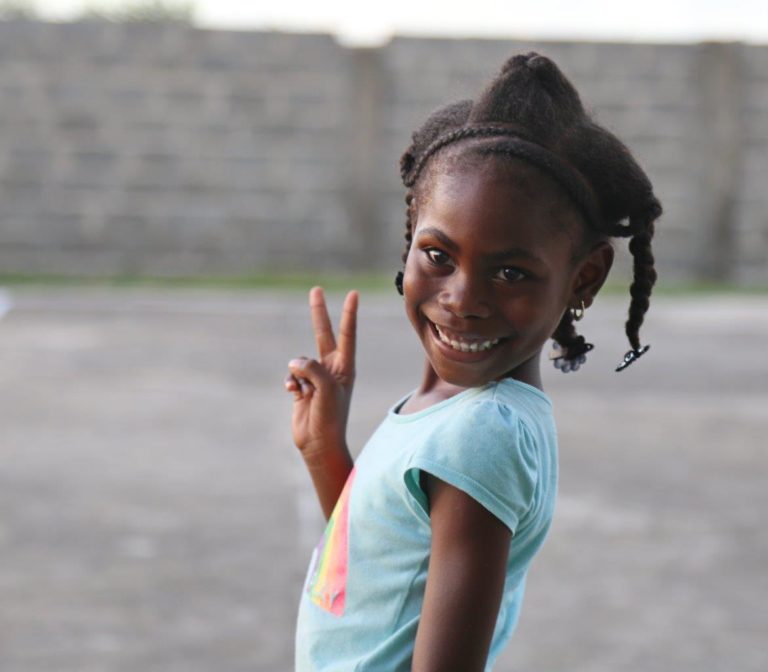 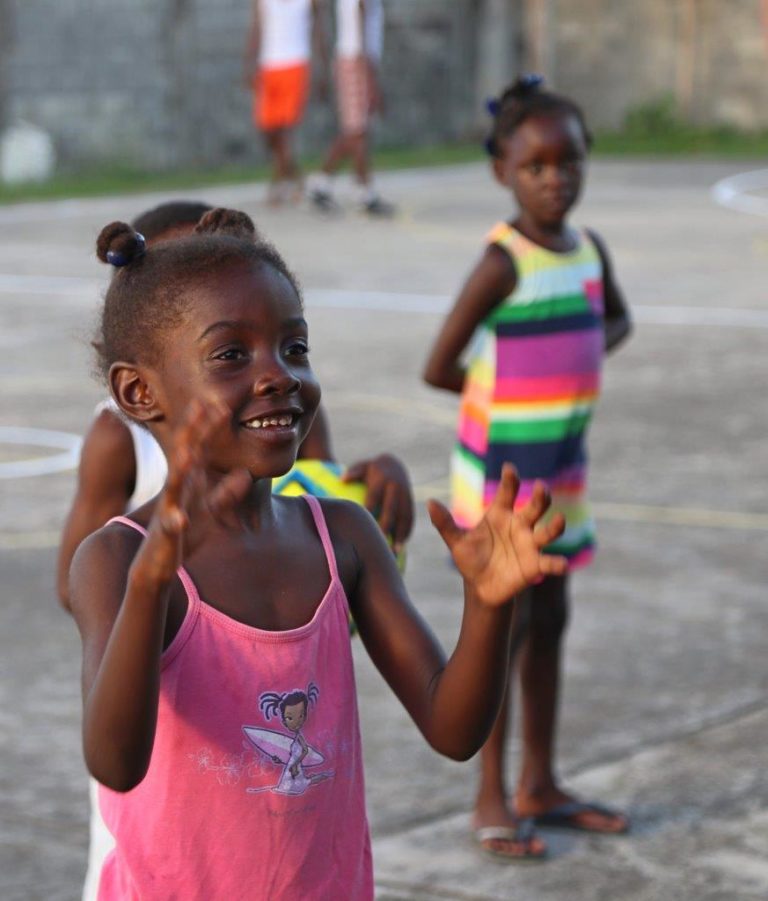 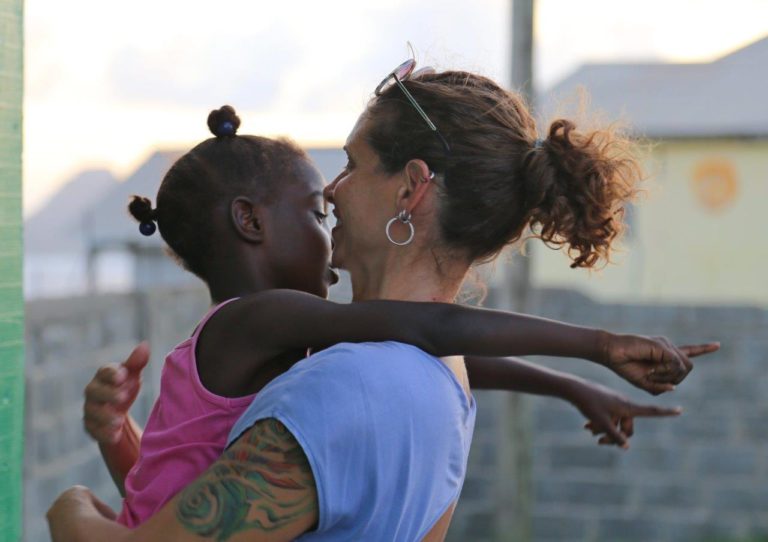 Our last stop on the whirlwind tour of the southern Grenadines was at the twin islands of Petite St. Vincent and Petite Martinique. Although each island belongs to a different country, there’s an understood exception to the rule requiring boats and people to clear one country before visiting the other. The islands are less than a mile apart, so this relaxation of international protocol facilitates tourism and commerce…and perhaps a bit of smuggling. Petite St. Vincent is a private resort island with a militant security force, so cruisers can only enjoy a tiny portion of the nearby beach. Petite Martinique is quite the opposite. A small fishing village welcomes visitors and has a surprisingly large number of liquor stores; perhaps due to the fluid border? 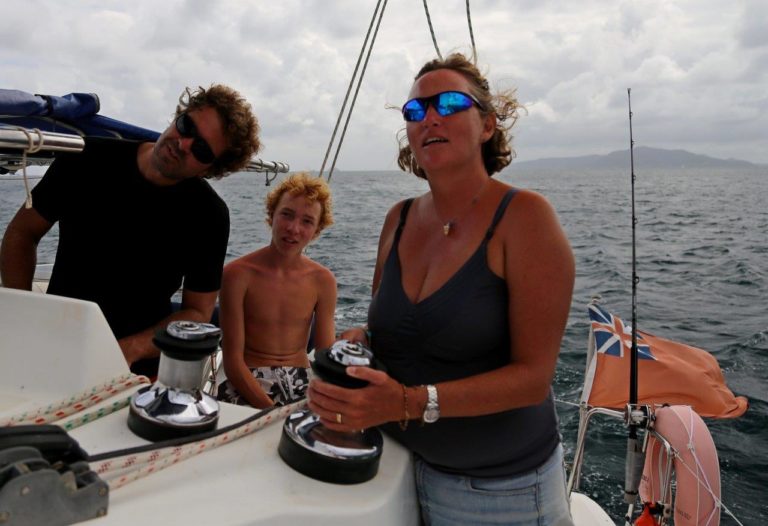 Our first-ever sail on a catamaran, thanks to our friends on sv Flip-Flos 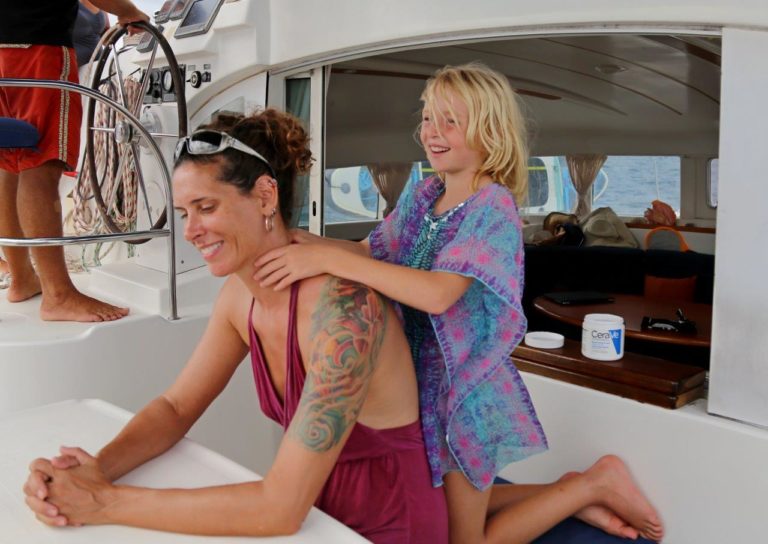 During our hopping about the Grenadines we reunited and bid farewell to friends several times. S/V Ketchy Shuby returned south and we will not likely see them again for some time. S/V Kailani and Catamaran Flip-Flops joined us, and will likely be our companions as we bounce our way north to St. Lucia and beyond. 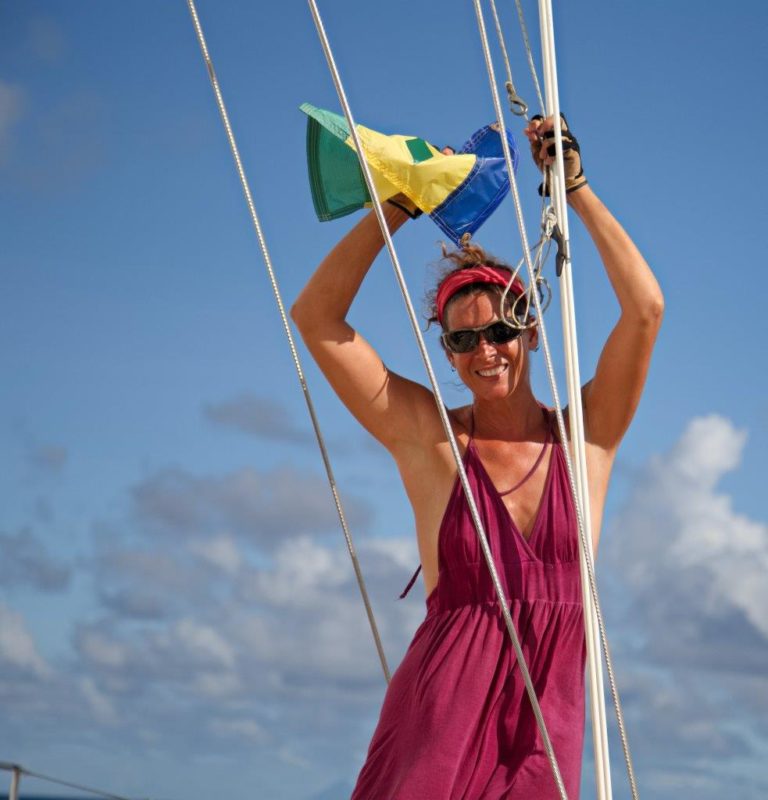