The marina warned us. Our friends warned us. Yet we thought we knew better! Everyone said to arrive at the Marina de Salinas before 9am or the winds will be too high to dock your boat. “Seriously, they must be exaggerating. The winds do pick up late in the morning, but never above 15-20 knots.” We have docked in those conditions before, so we timed our arrival for 11am so we would not have to get up at dawn to get underway. We were wrong!

When we arrived at the marina, the winds were 15 knots and gusting to maybe 20. The real problem was that the marina slips faced directly into the wind and we had to back in because the finger piers were too short to reach us if we nosed in. If you have ever tried to back a large boat with winds blowing across your bow, you know that the wind will catch the bow and toss the front of your boat to one side like it weighs nothing. Even bow thrusters cannot counteract the wind once it starts taking your bow. In a large slip, you can use the room to maneuver the back of the boat with prop walk (a tendency for the aft of a boat to move sideways at slow speeds) and thrust, but not when you only have a few inches on either side of your boat, as was the case here.

It was ugly! The only redeeming factor is that there was only one witness, the dock master, and he is sworn to secrecy. We aborted two approaches after bumping into pilings and getting almost crossways outside the slip. Kimberly was ready to go anchor and wait till the next day, but, damn it, my pride was on the line! Making matters worse, we did not just have to get in the slip, Kimberly had to lasso the outer pilings while I tried to not play bumper boats with our neighboring yachts. The third time was the charm. By charm, I mean that we were able to secure the boat in the slip without any permanent damage to people or property. I don’t know how she did it, but Kimberly lassoed those poles from a moving boat in heavy winds like she had been a cowgirl all her life. With the bow secured, the rest was easy. Time for a drink!

The marina placed us in the slip right next to our new friends, Tammy and Bruce on s/v Dos Libras. This time, it was their turn to play tour guide for us as they showed us the highlights of the small and quaint town of Salinas. We took our bicycles down for the first time in months and scrubbed as much rust off them as we could. Kimberly’s fixie was in pretty good shape, but my mountain bike was a mess. My brake and gear cables were frozen with corrosion, so I basically had a single gear bike that had to be stopped like the Flintstones’ car. 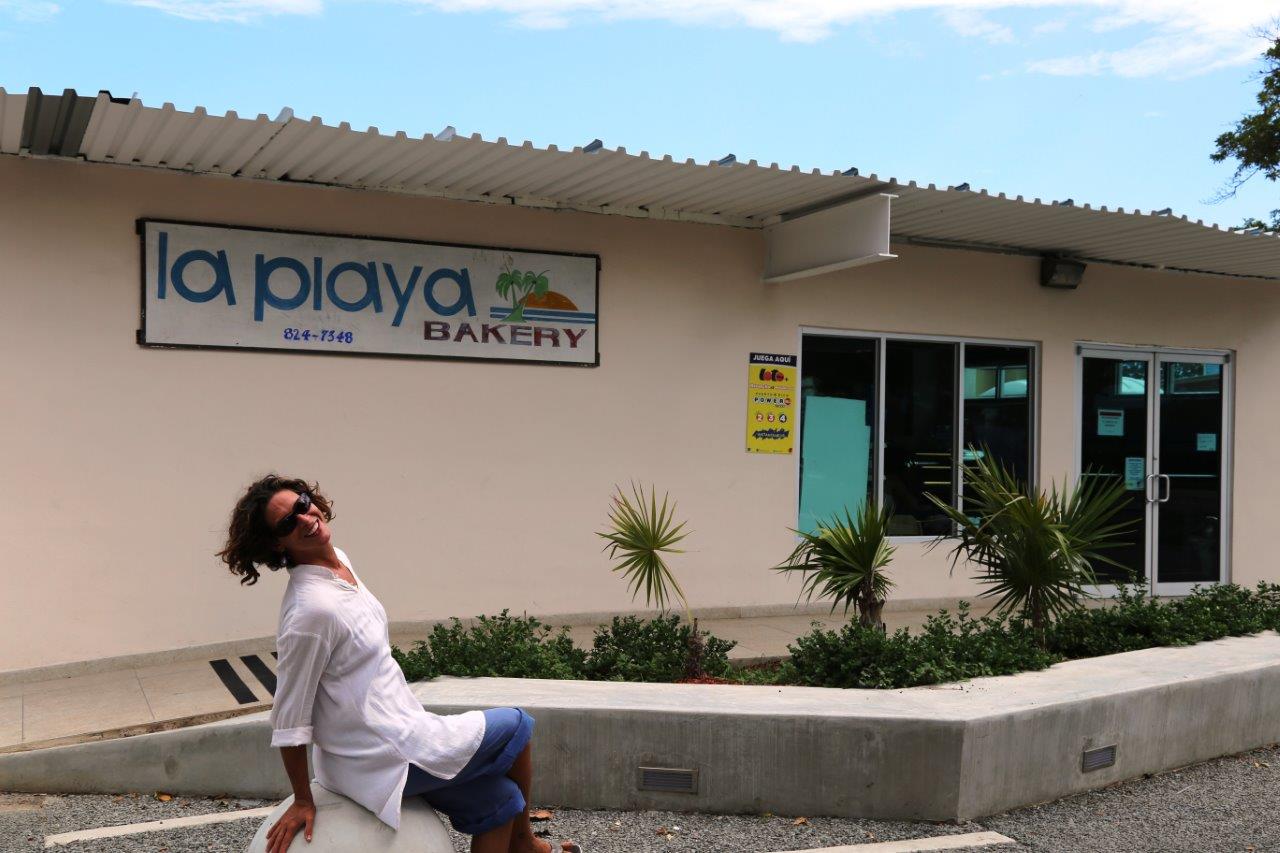 After using a whole can of WD-40 and a lot of elbow grease, we were ready for the tour. Bruce and Tammy showed us all the essentials; the local bakery, grocery store, post office, town center, and the very unique shell house with matching shell car. We planned to stay here for a month to wait for the peak of hurricane season to pass, and this small town had all the amenities we needed.

Despite being there for several weeks, we had left some key features of Ponce unexplored, so we rented a car with Tammy and Bruce and headed to Ponce to play tourists. We stopped at the magnificent Ponce Art Museum that houses an impressive collection of art from the fourteenth century to the present. We were thwarted from visiting the local castle because they were decorating for a Halloween haunted house, so we had to settle for the gardens and an observation platform. We tried once more to go up the steep mountain roads, but again, we found ourselves sliding backwards down the mountain in a tiny rental car powered by hamsters. 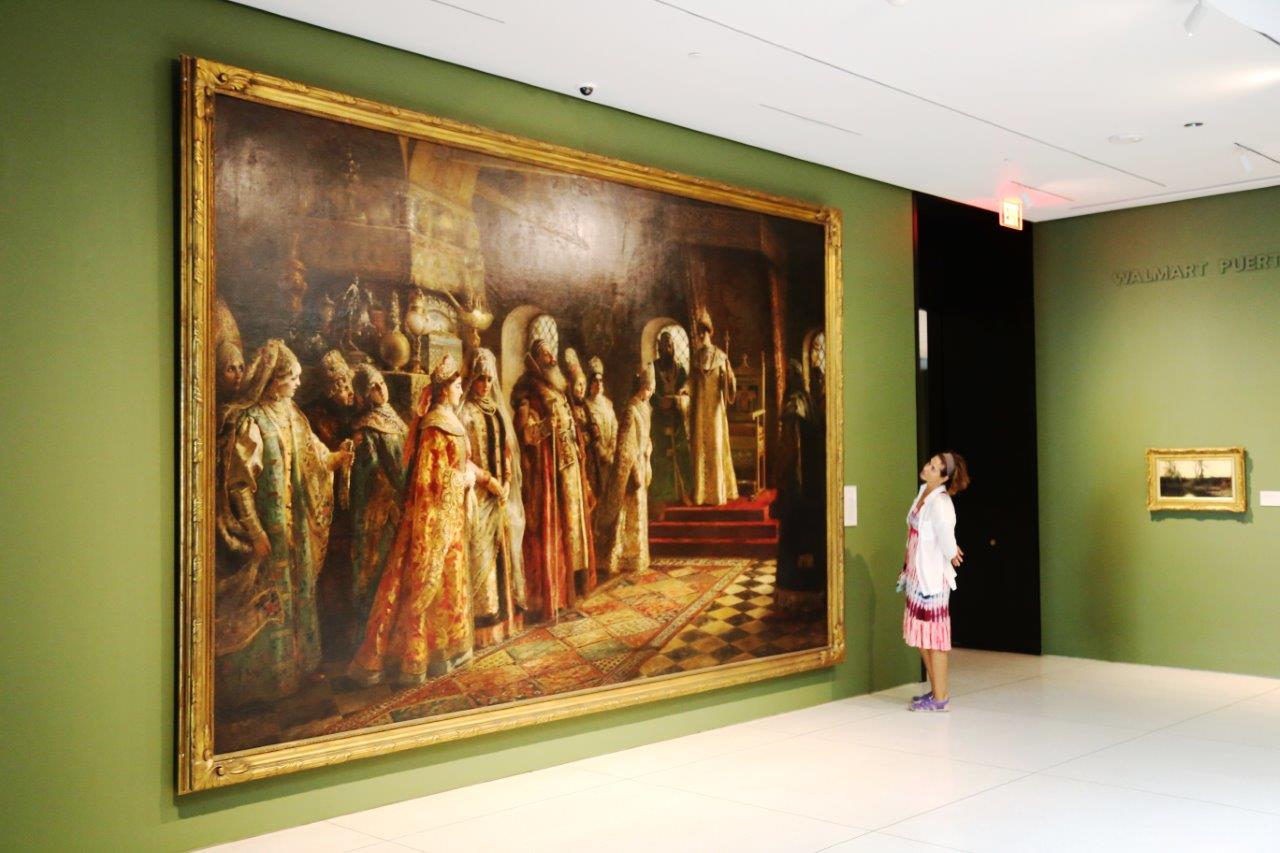 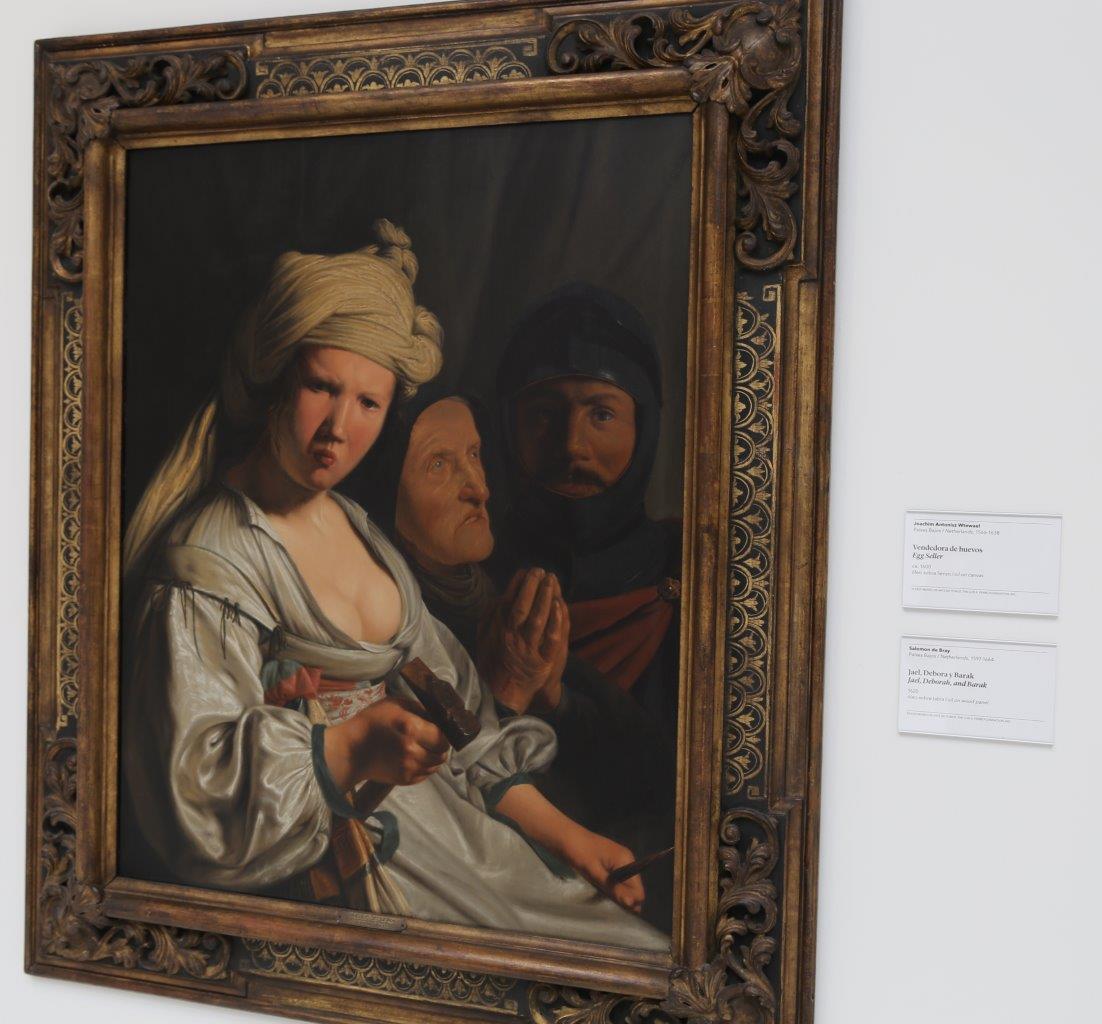 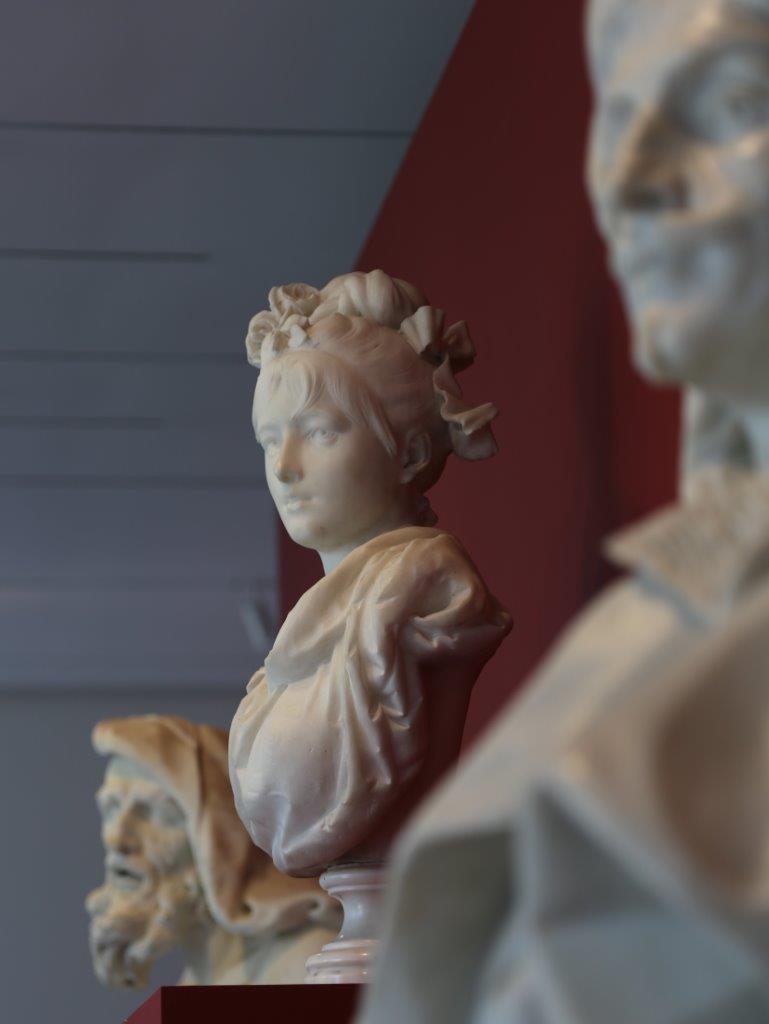 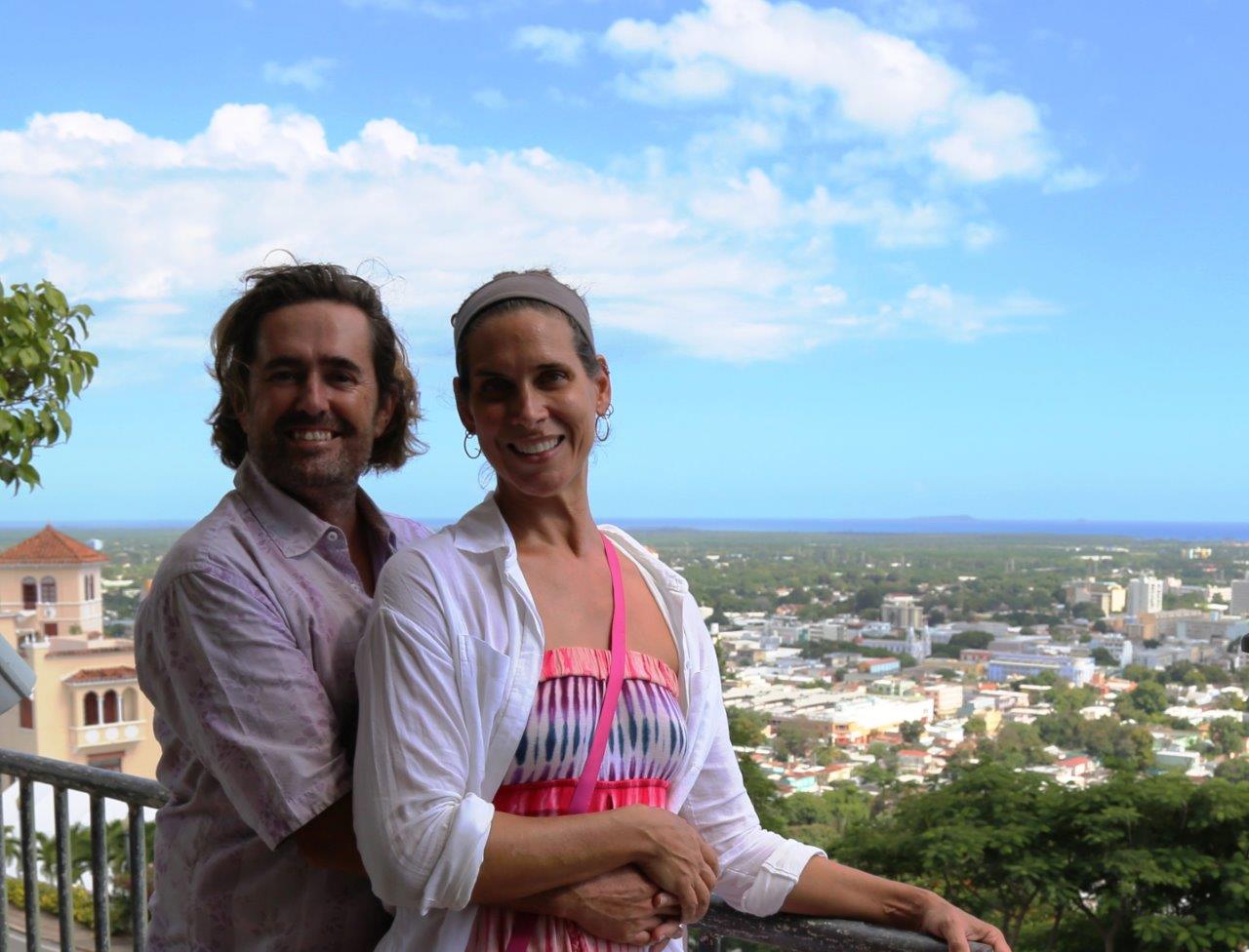 On the way back to Salinas, we stopped at the Piscinas Aguas Termales de Coamo, a public bathing area fed by mineral waters from a natural hot spring. What a great way to end a day of walking around town, sitting there soaking up the hot water and just relaxing. Despite the warm outside temperatures, the 104 degree mineral water felt amazing.

A day of touring needs to be balanced with a day of boat work, or in this case, several days. Some of the big projects we had on the list included installing new sails, replacing our battery bank, dismantling and cleaning Lagniappe’s outboard motor, repairing ripped sails, and some smaller electrical and mechanical work.

The sails and battery replacement went as planned, but the dinghy motor work did not. It appears that the soaking we gave the motor in sea water back in Bimini was still haunting us. The drive shaft was frozen to the motor and prevented us from properly servicing it. Fortunately, a very friendly local mechanic was available, and fixed it for us in just days.

That night, we got another taste of local hospitality. Any visit to Salinas by a cruiser is not complete without having a drink, or two, and a meal at Sal Pa Dentro. This waterside bar and grill is owned and run by the official Salinas Seven Seas Cruising Association host and it’s like a second home for boaters. The owner, Jean Lassus, and his wife Ana are the most gracious and generous hosts, and are eager to share their local knowledge with you. It was Jean who recommended our dinghy motor mechanic, and helped us with routing our next passage. The bartender there makes the best drinks around with fresh squeezed local fruits and a generous pour.

The marina is a cruiser hangout where we would occasionally share sundowners with fellow boaters. While discussing food and drink one night with another boating couple from the New Orleans area, Bryce and Kenny, it was decided that a gumbo night was in order. Kimberly cooked up her famous seafood gumbo, Bryce and Kenny made one of chicken and sausage, and Tammy made buttery cornbread and garlic rice. What a feast! Of course, there was much philosophical discussion about filé and okra vs. roux, Cajun style vs. Creole, and whether tomatoes belong in there at all. At least there was no arguing about the trinity and the pope (celery, bell peppers, onion, and garlic) or a brawl might have ensued.

One of the reasons we chose to be in Salinas during this time of the year was the nearby shelter from hurricanes, and another was fast approaching. Hurricane Matthew (only a tropical storm at the time) was well south of us along the South American coast, but large enough to send outer bands all the way to Puerto Rico, over 300 miles away. Along with all our friends, we prepared our boats with extra lines, and secured anything that could fly away.

We were beyond lucky, the effects of the storm were minimal in our area; but we watched in dismay as the storm mushroomed overnight in size and strength, and made a hard turn to the north directly for Haiti and the Bahamas. Matthew made landfall on the southwest side of Haiti, near Île-à-Vache, where we had spent a few days at anchor earlier in the year, and had made many friends. Our hearts ached. This community does not have the infrastructure to withstand such a powerful storm without major loss of life and property. We heard from friends via FB that the situation was dire, but there was little we could do from so far away except call attention to their plight and donate to organizations helping the recovery. Through our contact in Haiti, we heard about a group of sailors that were loading three large boats in Florida with water and food to head for Île-à-Vache as soon as the weather allowed. This amazing organization, the International Rescue Group (IRC), is run by people that donate their time, as well as their boats, for this purpose. They deliver supplies directly to the community affected, with no middle-man. We know they will make a difference!

Just days after the storm, we were surprised that our month at the marina was almost up. Wow, time flies when you have air conditioning! We packed up our bikes, prepared the boat for sea again, grudgingly unplugged the power chord from the marina, bid farewell to our friends, and headed out to sea…a whole quarter mile. Although we left the marina, we were not leaving the area just yet, only anchoring in an area fondly referred to as “manatee village” to scrub our bottom and prepare to move east along the Puerto Rican coast to explore new areas in this island of enchantment. Next stop, the Spanish Virgin Islands!